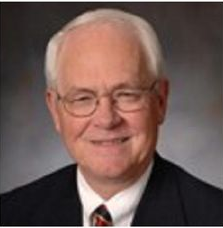 The intrinsic value of a company is equal to the present value of its future dividends, not earnings. “Earnings are only a means to an end,” Williams argued, “and the means should not be mistaken for the end.”

An investor is “a buyer interested in dividends, or coupons and principal,” and a speculator is “a buyer interested in the resale price” alone. Williams thought the volatility of the stock market did not accurately reflect the capacity of companies to pay dividends, and he saw the 1929 stock market crash as “a serious indictment of past practice” of investment analysis. He asserted that if there had been agreement among analysts regarding the “proper criteria of value,” the wild price swings in the crash and its aftermath might have been avoided. With his book, Williams wanted to encourage more true investing and less speculation.

Williams undoubtedly influenced the thinking of some of the greatest investment theoreticians and practitioners of the past century.

Williams argued that taxes were a drag on savings, investment, earnings, and ultimately, the value of securities. … government deficits carried with them the threat of higher taxes…Williams  warned that the redistributive nature of excessive taxation, and government control of key industries, would put the US on a path toward socialism.